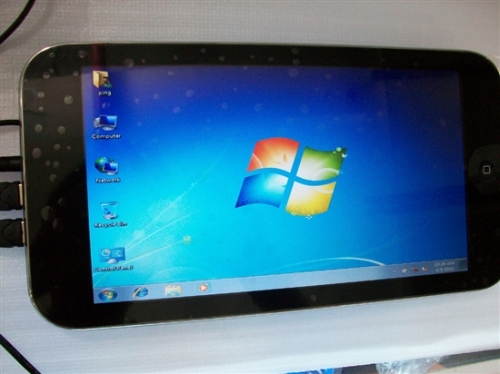 According to Taiwan media quoted DisplaySearch report, currently unknown brands or cottage computers have become the fastest growing tablet computer in the world. The shipment of cottage flats increased from 577,000 units in the fourth quarter of 2010 to 1.9 million units in the first quarter of 2011. China has become the largest cottage market for tablets, accounting for 44% of global shipments. Total shipments of tablet computers fell 5.2% from the previous quarter, from 10.2 million units to 9.7 million units, but it increased 13 times from the previous year and increased from 668,000 units to 9.7 million units.

Apple holds the top position in the tablet market with a 54% share, and is far ahead in many aspects such as user experience, hardware design, and price. At the same time, the cottage market has grown rapidly. The market share in the first quarter of 2011 was nearly 20%, indicating that the consumer demand for tablet computers in the mainstream market is growing. The cottage uses mainly 7-inch and 10.1-inch screens, but there are also 9.7-inch screens that emulate Apple and Hewlett-Packard.

Shanzhuang tablet enters emerging countries and regions with its price advantage and has achieved initial success. Because the cottage plate adopts the poorer panel that mainstream brands eliminated, the price is more competitive. Despite some quality problems, it is still attractive to students and other consumer groups that pay attention to prices. Research on tablet computer supply chain vendors shows that there are still many opportunities for development in the future. China is the largest market for cottage computers, and emerging markets such as Asia Pacific, Latin America and parts of Central Asia are also using these tablets.