Electronic enthusiasts eight o'clock: According to foreign media reports, Apple has been testing BOE's active matrix OLED screen for several months, but has not decided whether to add Chinese companies to the supplier list, the two sides are still in consultation Early stage. We all know that Samsung will exclusively supply the OLED screen of the iPhone8, so BOE is unlikely to provide the next iPhone's OLED screen, but it may be 2018 or later. 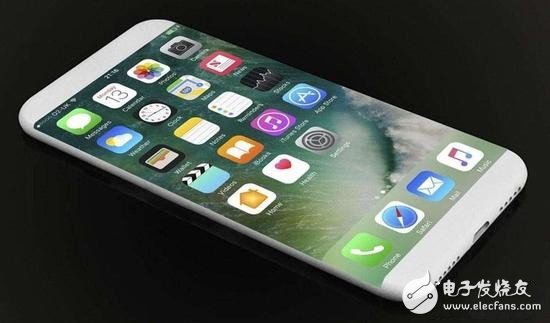 BOE is currently the world's largest LCD panel maker by market capitalization. It is building two AMOLED plants in Sichuan Province, spending nearly 100 billion yuan ($14.5 billion). If you choose BOE, it will become the first known supplier to provide screens to Apple except South Korea and Japan. In order to adopt clearer and more energy-efficient technologies for the next generation iPhone and catch up with rivals Samsung and Huawei, Apple is exploring alternatives to address the global shortage of OLED displays.

The display is one of the most expensive components in a smartphone, and OLED screens are more difficult to produce. The world's four largest smartphone display suppliers are Samsung Display, Sharp, LG Display and Japan Display.

A person familiar with the matter said that Apple and Samsung will have exclusive OLED supply transactions in 2017. However, this does not guarantee that Samsung will be able to provide enough display to meet the needs of the iPhone, especially given that Samsung needs to equip its new upcoming flagship. Analysts estimate that in the fourth quarter of 2017, Apple expects to sell as many as 90 million iPhones.

Disclaimer: The electronic reprinted works of E-Commerce Network are as far as possible to indicate the source, and all rights of the owner of the work are not transferred due to the reprint of this site. If the author does not agree to reprint, please inform the site to delete or correct it. Reprinted works may be subject to change in title or content.

Our currency detector or money detector mainly include following models :

2) SLD-16M: in addition to the function of SLD-16, it has a magnetic head to detect the magnetic ink on notes

6) PF-9007: a multi-function money detector with UV MG IR white light detection, 7 inch LCD display, has two built in cameras. one is for checking whole image, the other is for checking partial image