It is said that this is the first time that a 565nm yellow InGaN/GaNMQWLED has been successfully fabricated on a silicon substrate, and the LOP of the 505nm LED is much higher than that of the conventional silicon LED device. In addition to improving material quality, researchers at the agency believe that nanorods can also enhance light extraction scattering effects.

On 2-inch silicon, the researchers used metal organic vapor phase deposition (MOCVD) to create the initial template, which was nucleated by aluminum nitride (AlN) and 8 pairs of aluminum nitride/gallium nitride (AlN/GaN). The layers are composed to create a superlattice (SL) (used as a stress-balanced interlayer) and a 2Î¼m GaN buffer layer.

The researchers first precipitated the SiO2 layer and the indium tin oxide (ITO) layer, etched the ITO with a hydrogen chloride (HCL) acid solution, and finally formed a silicon dioxide (SiO2) nanorod using plasma etching. The nanorods have a density of 2x109/cm2 and a surface coverage of 35%. As a GaN regrown mask, they reduce the dislocation density and improve the crystal quality.

In theory, the use of silicon as a substrate can reduce material costs and achieve economies of scale in mass production of large wafer diameter products, but compared to traditional, more expensive stand-alone GaN, sapphire or silicon carbide (SiC) substrates. Nitrogen semiconductors on silicon substrates can cause larger lattice mismatches.

Researchers say that producing larger wavelength nitrogen semiconductor LEDs is challenging because it is difficult to produce indium gallium nitride (InGaN) products of superior quality and higher indium concentrations. Although the silicon substrate process in the field of semiconductor transistors is very mature, similar growth methods have recently been applied to LED device materials.


Dual Function Key Switches is a Key Switchesthat combines Electric Key Switch and Mechanical Key Lock, which is Simultaneously have power control and could mechanically protect the equipment from invading.

Our company's Key Lock Electrical Switches has mounting dimensions of 12mm and 19mm. This 2 Position Key Switch is widely used in the field of security products, which not only can achieve the function of switching power supply but also could protect customer`s confidential data. 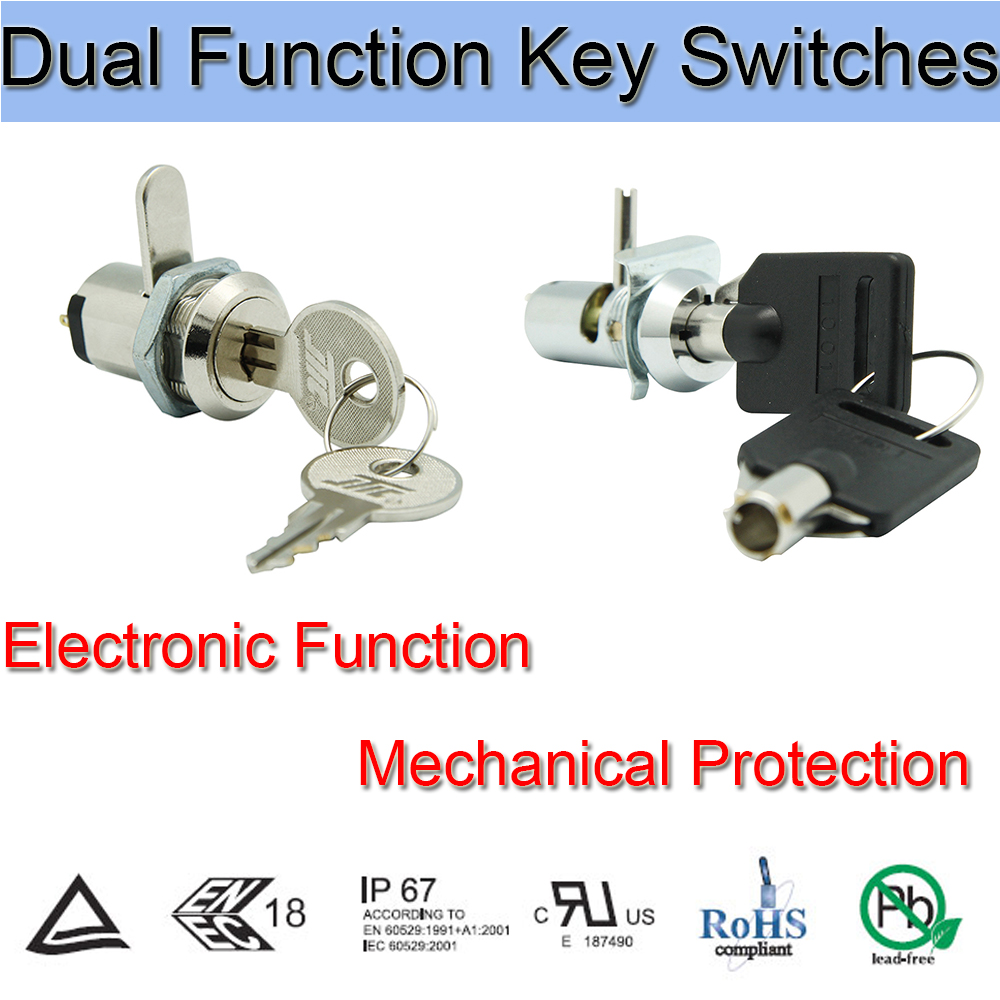 Below are the specifications:

The iron bar has a standard size of 13mm or Row Piece, can be made according to customer requirements.

Key may be withdraws in one or both position aSilver terminals and Contacts.